Confirma excluir a inscrição do wokshop? 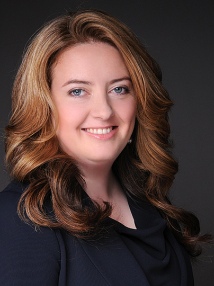 Since the dawn of the computing era, we have experienced fluctuations between centralised and decentralised computation - firstly with mainframes, then with PCs through to cloud computing and finally to smart phones and IoT devices. For the vast majority of computing’s life, computational capacity has been located within the realms of the corporate sphere – hidden behind large capital investments and firewalls. As of 2004, however, two separate but deeply intertwined things occurred – firstly, the world saw the emergence of true Open APIs – APIs that permitted anyone with an internet connection to access data (e.g. on Facebook, or Twitter) and secondly, the same amount of computing power that took mankind to the moon was placed into the hands of end-users, not just companies. The end result of those two things was blockchain – a new form of decentralisation that challenges not just our notions of centralised / decentralised computing – but the very foundations of our economy itself. Whole new forms of business models are enabled by Blockchain – from decentralised data marketplaces to decentralised food production. Indeed, as the next wave of decentralisation descends upon us – in the form of AI on the Edge and AI on the device, blockchain will play a critical role in the emergence of a new European economy – a truly digital economy. More importantly, blockchain can help us build a European economy that is environmentally, economically and socially sustainable. This talk will outline the interdisciplinary path that Europe needs to follow in order to achieve this as our world comes to terms with its past and faces its uncertain future – together but decentralised.

Biografia: Dr Cathy Mulligan has over 25 years' experience in technology across both industry & academia; she is an Honorary Researcher at UCL, visiting researcher at Imperial College & VP/Region CTO for North & West Europe at Fujitsu. Prior to joining Fujitsu, she was Co-Director of the Imperial College Centre for Cryptocurrency Research and Engineering at Imperial College, where she helped develop over 45 proofs of concept around Blockchain. Cathy was an advisor to several governmental reports including for the UK's Chief Scientific Advisor report on blockchain for government. Within her work at UCL, Cathy leads the work around "DataNet" - a blockchain-based infrastructure designed to rebalance and redistribute the geo-political balance of technology across the world. She has a strong interest & track record in using research to influence policy in different arenas, including high-level policy discussions at various levels across governments, NGOs, UN, OECD & EU around various digital technologies including 5G, blockchain & IoT. She is the author of 7 technology books (academic press). She is a member of the World Economic Forum’s Data Policy Global Future Council and was a founding member of the World Economic Forum's Blockchain Council. Cathy has a strong commitment to sustainability and equitable access to technology, evidenced by her being a panel member of the UNSG's High Level Panel on Digital Cooperation. She received her Masters and PhD from the University of Cambridge and her BSc (Hons 1) from UNSW, Australia.